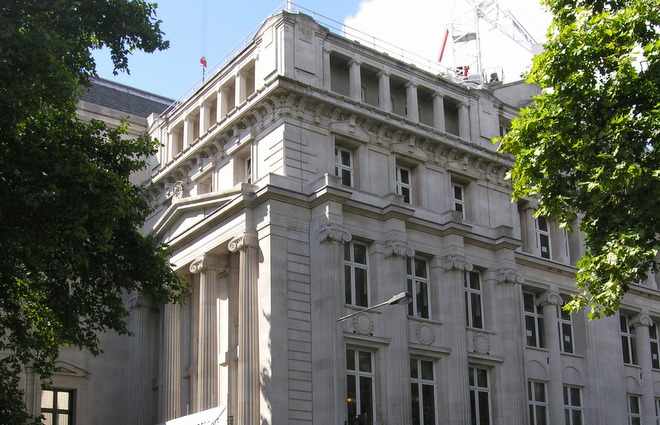 The Euston Arch was lost last time Euston station was redeveloped back in the early 1960s. That decision is widely regretted and yet fifty years later we are in danger of seeing history repeat itself with Beresford Pite's grand classical design at 30 Euston Square. The building is threatened by the Government's plans for High Speed 2, the controversial high speed rail link that will reduce travel times between London and Birmingham, the North West and eventually Scotland. The Neo-Grecian building, built for the London, Edinburgh and Glasgow Assurance Company, is currently covered in scaffolding as its new owner, the Royal College of General Practitioners, has already started restoration work. The irony is that 30 Euston Square has been empty for years and now, just as it appears saved, the HS2 plans place it under threat once again.