A magnificent building beset by neglect and vandalism 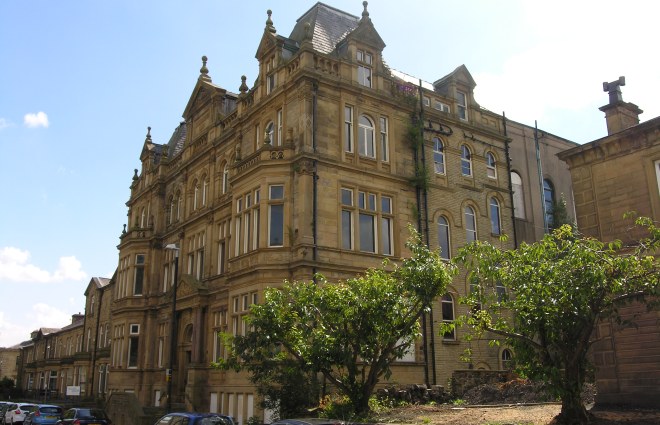 Accrington Conservative Club in Cannon Street, Accrington has been included on the Victorian Society’s list of the ten most endangered Victorian and Edwardian buildings in England and Wales.

The colossal Grade II-listed building (1890-91) was designed by architects William James Morley & George Herbert Woodhouse and to make a grand statement of permanence, prosperity and patriotism in Accrington.One of the largest Conservative Clubs in the country with a ballroom which could comfortably hold a thousand people, it has most recently been used as a nightclub and has suffered from arson.Its gates are now chained shut.

Right in the heart of the town, the most recent proposal is to retain only the façade, with new-build flats behind.

We urge Hyndburn Borough Council to find an appropriate solution as soon as possible, which preserves this magnificent building, an important part of the townscape and social history of Accrington.