The Brandwood End Cemetery Chapels in Birmingham are Grade II-listed and built in 1898. 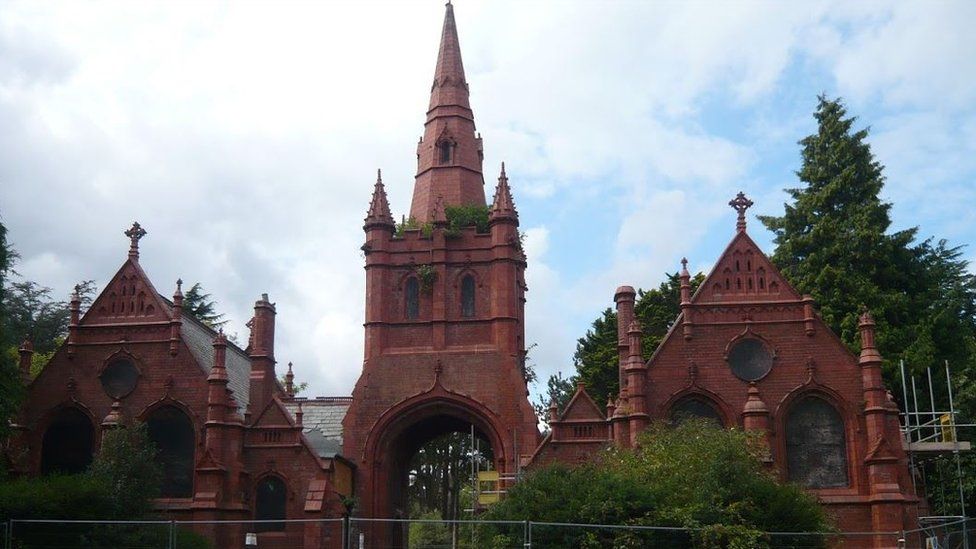 Brandwood End Cemetery Chapels, Birmingham (Grade II, 1898, J Brewill Holmes) These red brick, neo-gothic mortuary chapels stand at the highest point of Brandwood cemetery grounds and provide a dramatic central focus for the cemetery. But drama that should be evoked by the striking symmetrical design is in fact compounded by the terrible state they are in. Closed for over 30 years, they suffered a serious arson attack in 1995 which gutted the north-east chapel. A Friends group was set up in 2005 and in 2012 the council pledged more than £76,000 for their restoration, but subsequently withdrew support due to spending cuts.