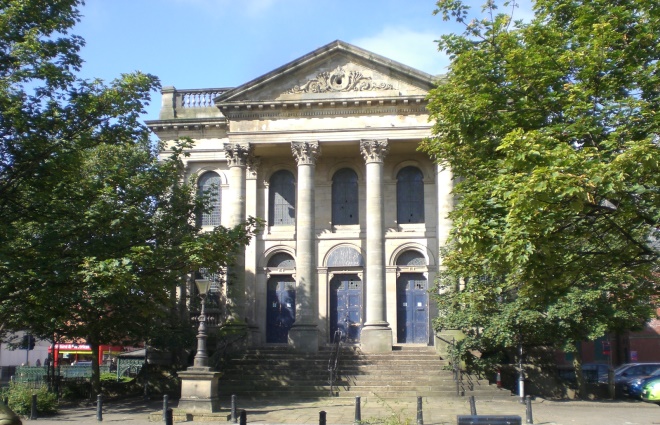 Built in the early 1870s the Wesley Chapel presents an elegant classical stone portico onto a busy road junction in the heart of Hartlepool. It remains an impressive building - despite its many broken windows and the forecourt's new use as a car park.

The owner, Jomast Developments Ltd, was granted permission to convert the former Chapel, previously used as a night club and leisure club, into a 49 bed hotel in 2009 but no work was carried out. A new permission was granted in 2013 but despite pressure from the council, only minimal remedial work to discharge consent conditions seems to have been carried out. Currently the site appears to be entirely inactive.

If a substantive start is not made on the consented works by November 2015, then another consent will lapse. Jomast should fulfil its stated intention of investing in this prominent listed Hartlepool landmark rather than leaving it to decay further.

Other buildings in Hartlepool to be nominated were the Market Hotel, for which listed building consent was granted last year for the conversion of the building into nine flats, and the Shades Hotel which has been closed for several years.