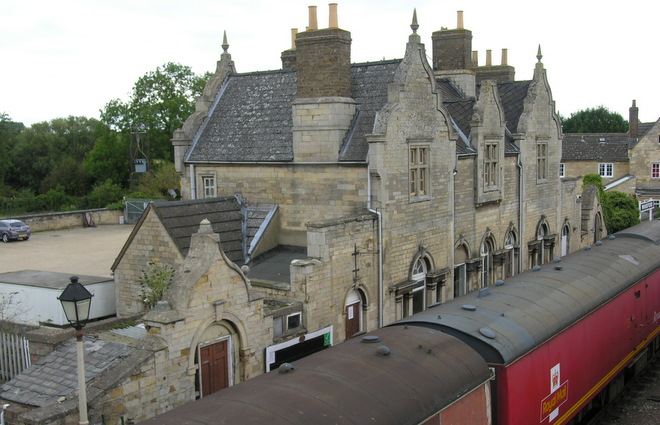 This delicate Jacobean style building on the old Northampton to Peterborough line is a gem of a station, with its picturesque roof line and plentiful finials.

It was designed by JW Livock , a prolific designer of railway stations of which Wansford has been described as ‘the most perfect of all'. It closed in 1957 and has been deteriorating since the 60s.

It is now owned, but not used, by the neighbouring haulage yard but what makes its plight galling is that the platform is still in use as part of a successful heritage railway. What's more, the Nene Valley Railway would like to buy the station and restore it to be used by passengers and the local community, but so far the owners haven't been persuaded to sell. The dry rot, collapsed floors and serious cracks in the façade will only worsen is a solution is not found.

'The owners need to undertake urgent repairs to the station to reverse years of decay, or be persuaded to sell, so that the station can be given a new lease of life', said Dr Ian Dungavell, Director of the Victorian Society. 'So many historic buildings suffer from the lack of an obvious use, but here the role is clear.

The Nene Valley Railway is currently running a campaign to raise the money needed to buy the station and use it to house a railway heritage centre.