A historic Grade II-listed orphanage complex in Preston faces the wrecking ball to make way for a housing development. 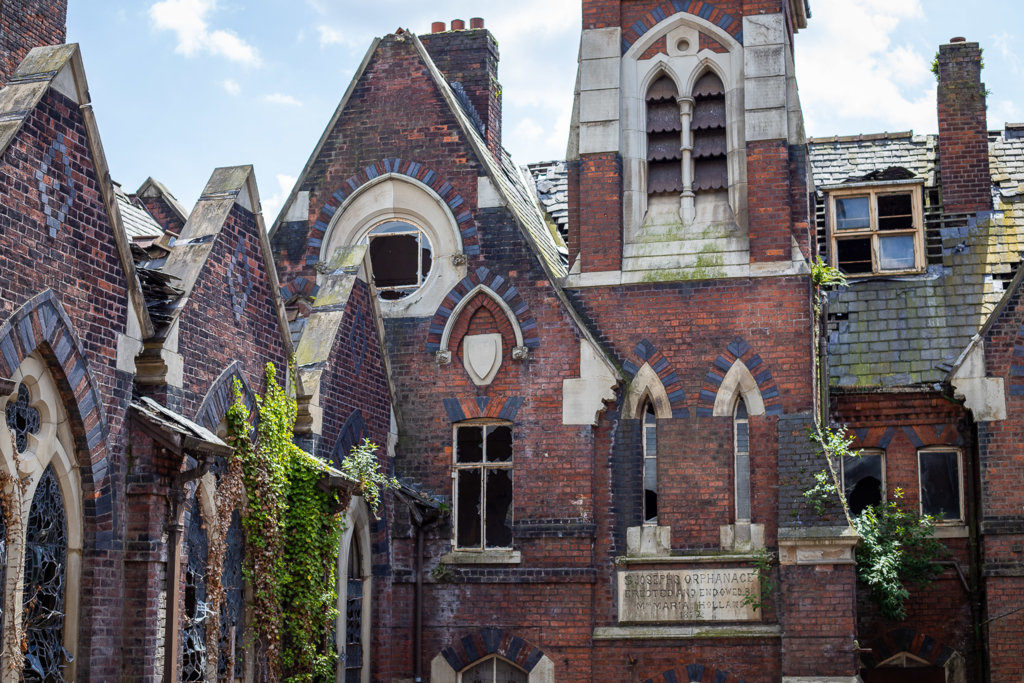 Proposals plan to demolish all of the former orphanage buildings retaining only the chapel and the tower. The Victorian Society has voiced its strong objection to the plans, expressing that losing the orphanage would be a tragedy for Preston’s heritage. The buildings have been tragically left to rot for over a decade – in 2016 there were placed on the Victorian Society’s Top 10 Most Endangered Buildings list.

The complex under threat consists of the main Orphanage, built in 1872, and the Institute of the Sick Poor, which was added to the site in 1877. The Chapel is to be converted into residential accommodation. The complex was built by the wealthy widow Maria Holland, in response to Preston having one of the worst mortality rates in the country due to poor housing and low-paid mill workers. After the orphanage closed in 1954 the buildings were used as a hospital and then a care home, before finally closing in 2003.

The site has been severely neglected and poorly secured, resulting in extensive vandalism and arson over the years. The developers’ justification for the demolition of this vital piece of Preston’s heritage is that the buildings are too damaged to be used. The Victorian Society stress that the exterior shells of the buildings are indeed fit for repurpose as it is largely only the interior that has rotted away, and the society urges the developers to rethink their plans – retaining the historic structures.

St Joseph’s Orphanage is an irreplaceable structure – the gothic buildings provide an extremely important contribution to the special character of Preston. The Victorian Society criticises Preston City Council for not doing more to ensure that the owners, Buttress Architects, adequately protected the listed historic buildings. Citing the Planning Act of 1990 – the society raises the question: Why did the council fail to use their powers to demand urgent works to save the decaying buildings? The Council stated in their local plan for 2012-26 that they will ‘identify those heritage assets most at risk through neglect and where necessary using its statutory powers to secure their repair and reuse.’

Tom Taylor, Conservation Adviser for the Victorian Society, states, ‘the demolition of almost all the historic buildings will substantially harm the significance of the site. The significance of the site can be attributed largely to the exterior shells of the historic buildings, and these can practicably be saved. The principal aim of any development plans should be to retain them.’